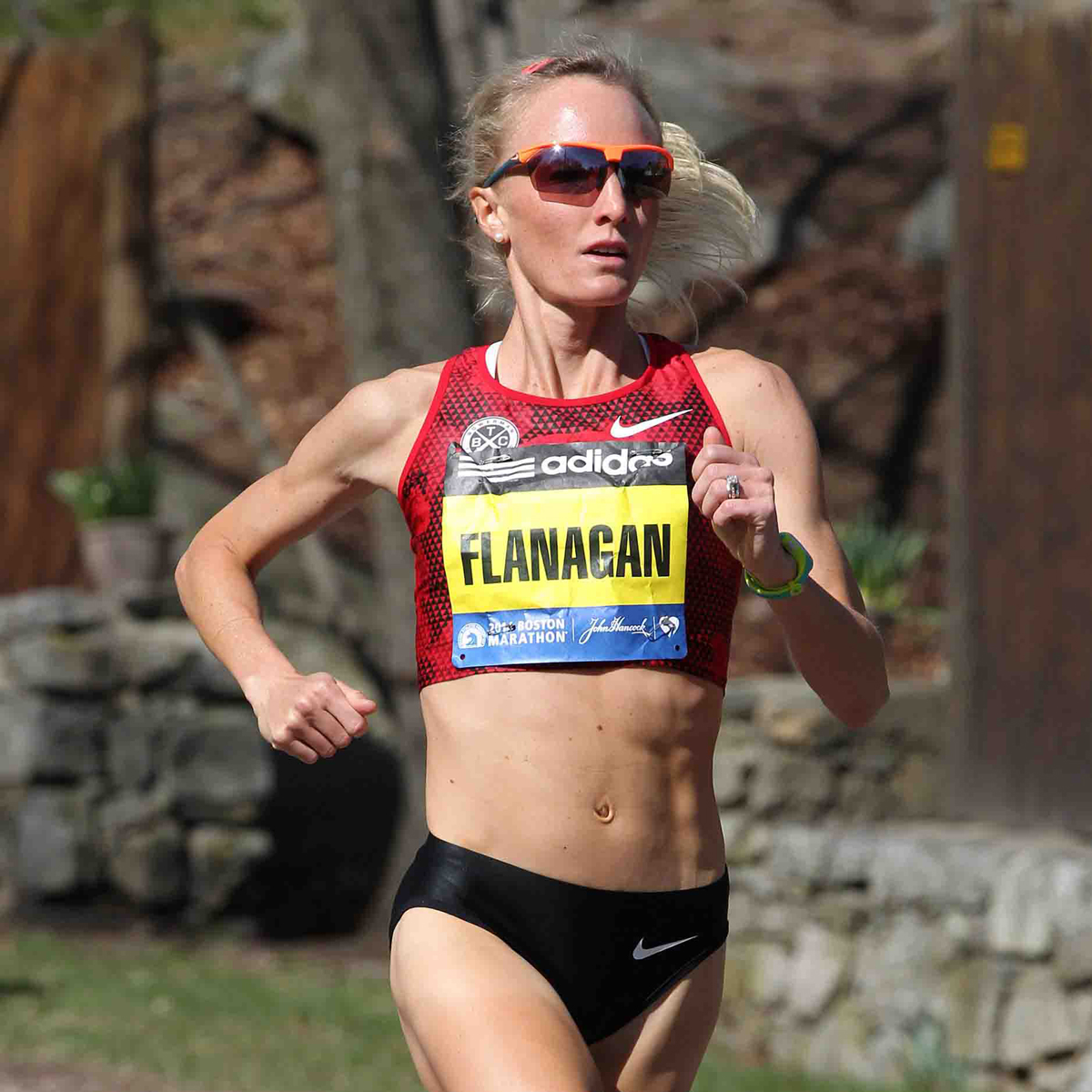 Four-time Olympian Shalane Flanagan, who ran the fastest time (2:22:02) ever by an American woman on the Boston Marathon course in 2014, returns to Boston after an historic win in the New York City Marathon. Her personal best marathon time of 2:21:14 was achieved at the 2014 Berlin Marathon, where she finished third. Flanagan has run the Olympic Games Marathon twice, finishing sixth in Rio and ninth in London. She won the silver medal at the Beijing Olympic Games 10,000m, the bronze individual and team medal at the 2011 IAAF World Cross Country Championships and the bronze team medal at the 2011 IAAF World Cross Country Championships. Flanagan holds American records in the indoor 3,000m and 5,000m and in the 10K, 15K and 25K. She has won multiple national titles in cross country, marathon, half marathon, 15K, 5K, 10,000m, 5,000m and indoor 3,000m.

Flanagan attended Marblehead High School in Massachusetts, where she participated in cross country, track, soccer and swimming. Her mother, Cheryl Treworgy, is a former world marathon record holder (2:49:40, 1971) and represented Team USA at the World Cross Country Championships five times. Treworgy also held the three-mile and 5,000m American records. Flanagan is married to Steve Edwards, who was a track and field athlete at the University of North Carolina. The couple are the guardians of two young women and the family lives in Portland, Oregon. Flanagan runs for the Bowerman Track Club and is coached by Jerry Schumacher. She is the author of "Run Fast. Eat Slow. and Run Fast. Cook Fast. Eat Slow".