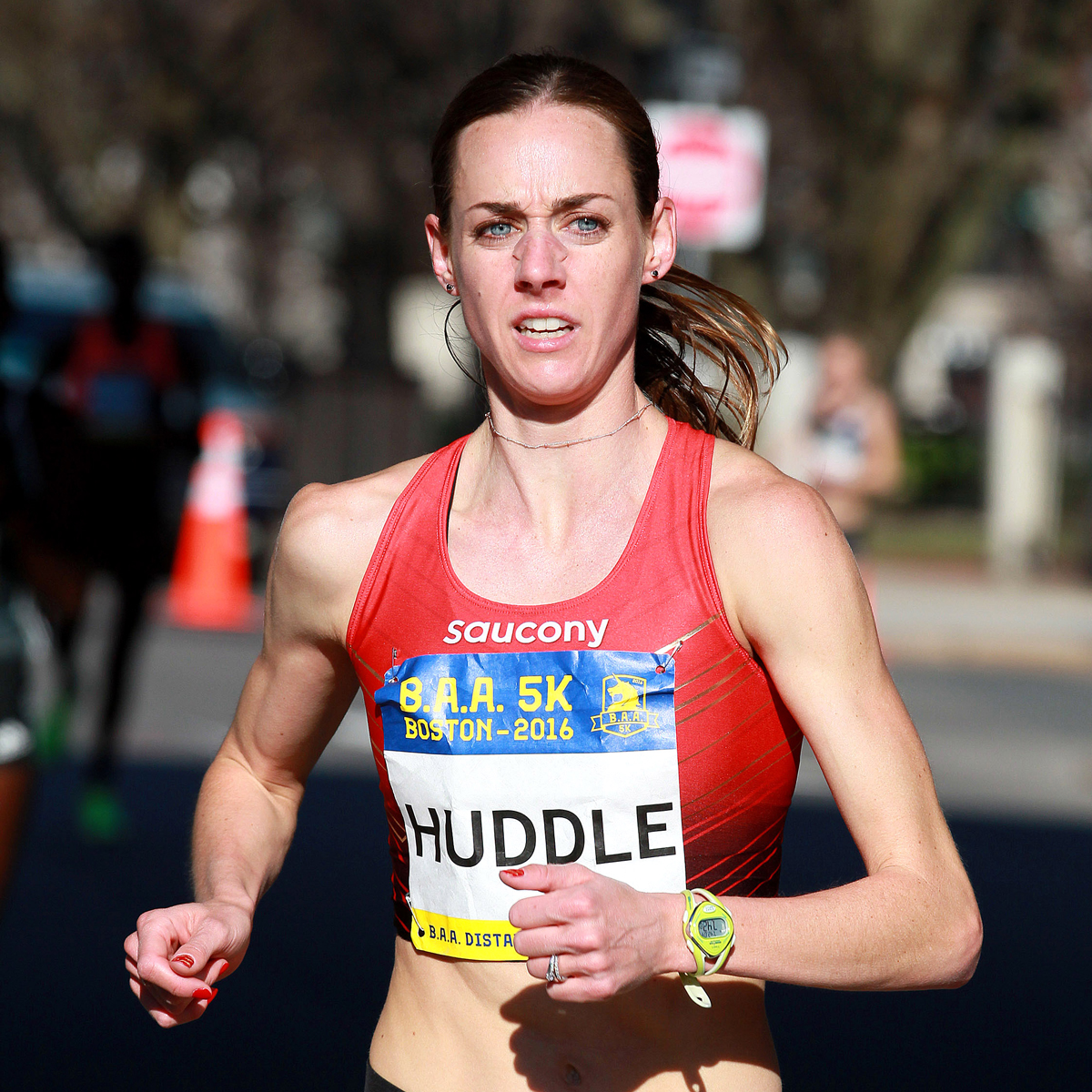 Two-time Olympian Molly Huddle is one of America's most accomplished runners. She is a 22-time national road champion, a six-time national track champion and a two-time member of U.S. World Cross Country Championship teams that both earned the team bronze medal. In her marathon debut, she placed third in 2:28:13 in the New York City Marathon. She has won the past three New York City Half Marathons and this January set a 67:25 American record at the Houston Half Marathon. Along the way she set American records in the 10 miles (50:52) and the 20K (63:48). Huddle also holds American records in the 10,000m, the 5K, and a world's best in the 12K 37:50. She was a ten-time All-American while attending the University of Notre Dame.

Huddle graduated with a Bachelor's degree in biology. She lives and trains in Providence, Rhode Island, with her husband, Kurt Benninger, who also ran at Notre Dame. She is coached by Ray Treacy. Huddle says, "I chose Boston because it's such an iconic and historic American marathon that I have been excited to race for a long time. I would like to be top three, but a win in Boston, as my second ever marathon, would be a dream come true." Huddle volunteers on the board of New England Distance, a non-profit running group in Providence that manages post college athletes who coach middle school track and cross country programs. Huddle has a twin sister, Megan, and two older sisters, Katie and Christine. She enjoys reading autobiographies and says she is interested in fashion, "even though I actually only wear running clothes all day."